Well, it has been a long time since we were out fishing. We had reliable reports of a big eye bite in the Wilmington Canyon, a good weather forecast and we were all mentally ready to go.

Rich, Matt, Brandon and I had a lot of work to on our houses. Fortunately we all figured out that no one would do the work while we were gone so it will still be there next weekend, but the fish and the weather might not be.  So off we all went.

We left dock at 12:00 AM Saturday morning and had to run at cruise speed to the Wilmington in order to begin trolling at 4:00 am for big eye. Every boat on the East coast was there too! Not one single fish was caught in the morning, so we headed inshore to try our luck at yellowfin. No yellowfin but we lucked out and found a log holding a school of Mahi which improved our spirits.

The weather was fantastic. We headed back to the Wilmington for the night bite. The fleet was down to 100 boats and 10-15 boats were hooked up around us but we could not get a bite. Finally at 7:30 we got a bite but lost him after 15 minutes. Luckily we hooked up again as soon as we put the spread out after dark at 8:00 pm. Fought him for over an hour and had a 180# big eye on the deck by 9:20.

We chunked through the night but only managed to catch one yellowfin and a small sword fish who released himself while we were measuring him.  Through the night the wind increased to 20kt and the seas built to 4-6ft. We put the spread out and began trolling at 5am but before long the whole crew was looking pretty green under the gills and we decided to head home early at 8am. The pictures show the Big eye on deck, back at the dock and what they look like on the fish finder. 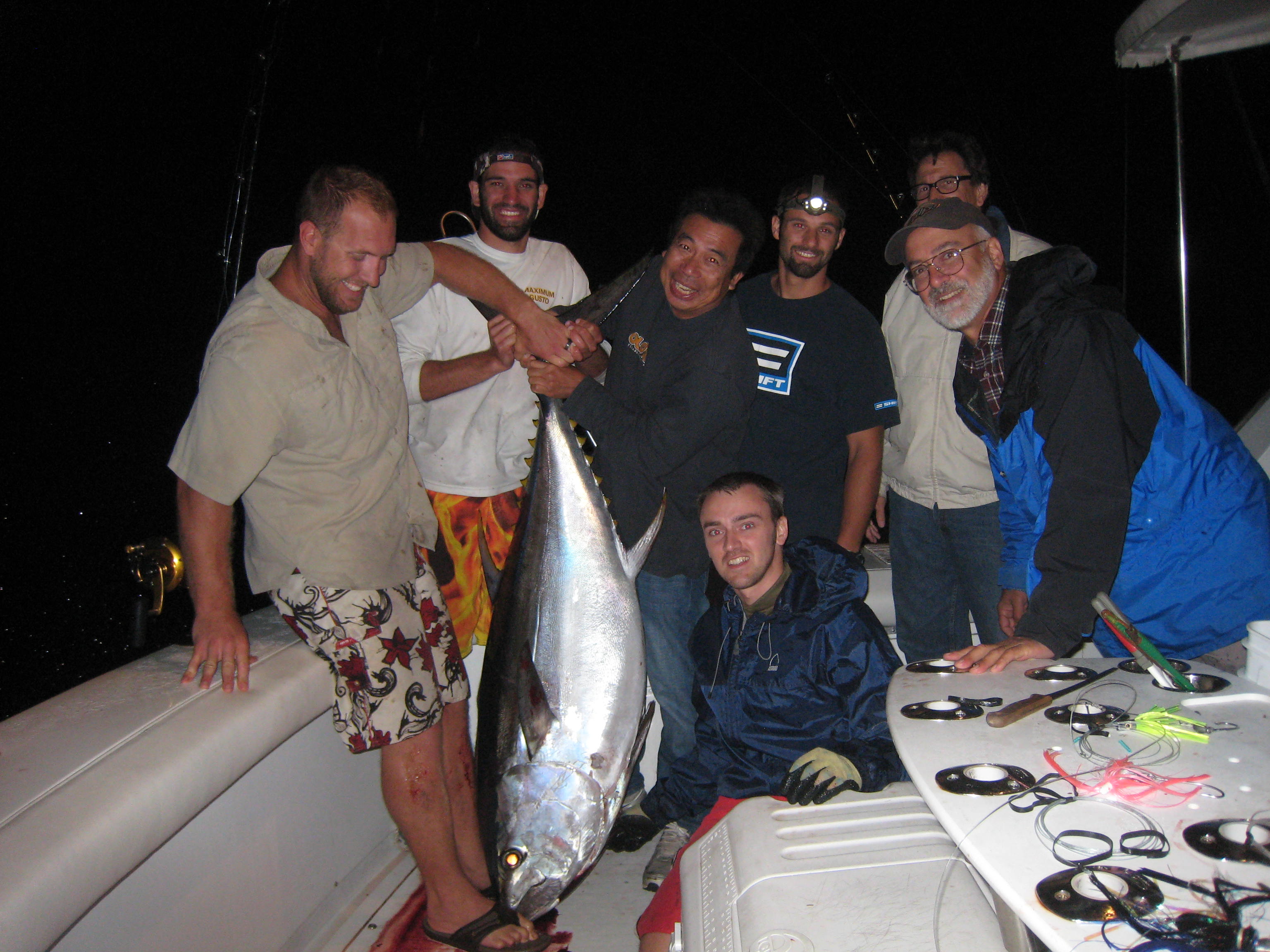 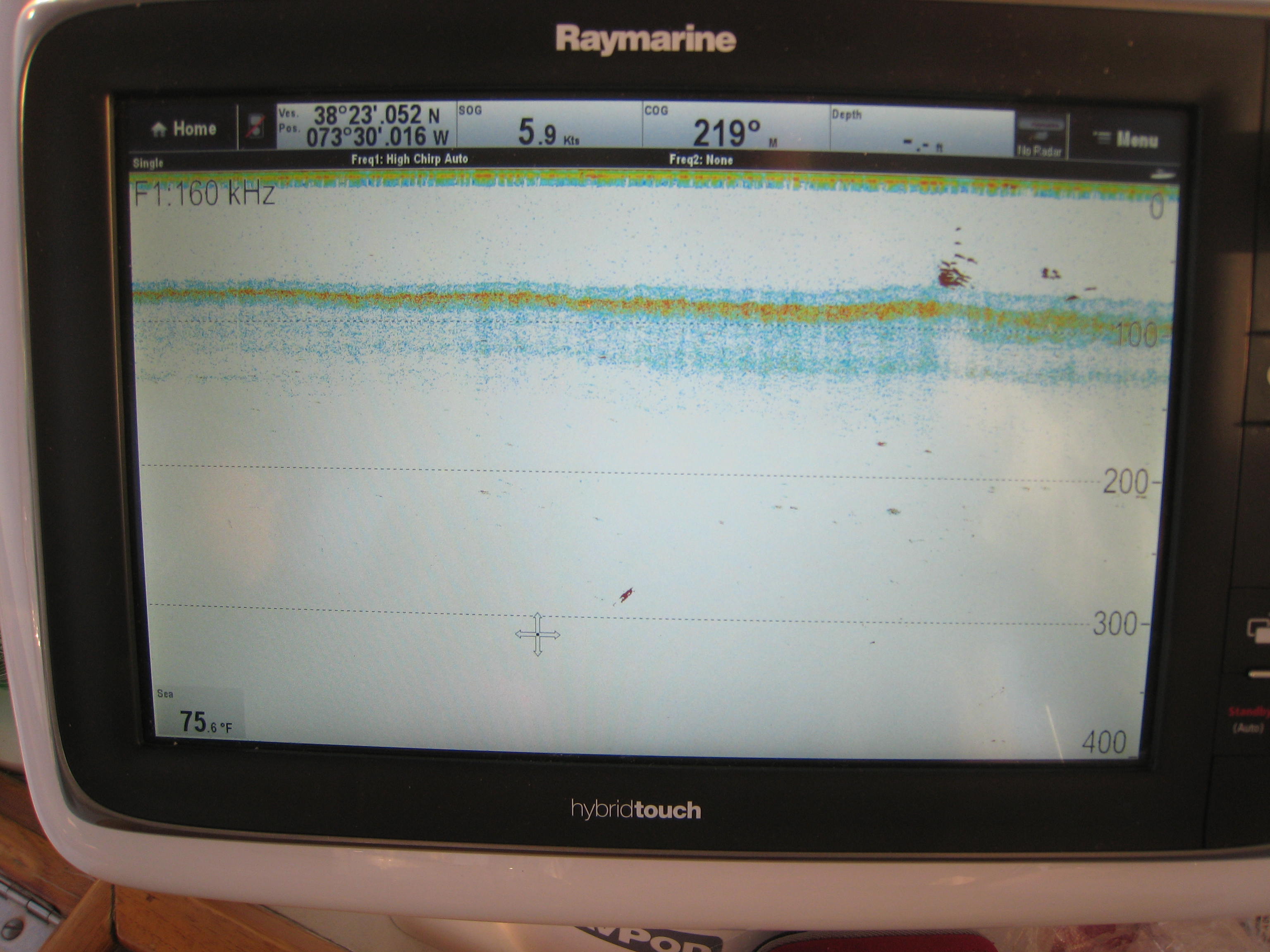