There had been a tremendous yellowfin tuna bite for the last three weeks at the Washington Canyon. They were in with the schools of whales that have been at the Washington for many weeks. We were whipped into a complete frenzy but learned on Friday night as we were leaving the dock that the reports for the day were that the whales and the tuna have disappeared.

We were pretty well committed and there were no good reports from anywhere else so we headed to the Washington in case there were some stragglers there. The weather was fantastic but the whales and the tuna were completely gone. We trolled, then chunked, then trolled, then chunked for 30 hours straight. We managed to put together a meager catch of small Mahi and one decent Wahoo. The funny thing about the Wahoo is that Matt has bought nearly a thousand dollars worth of special high speed lures designed for Wahoo. We have trolled them for hundreds of miles around the ocean and never caught a single Wahoo.

Instead Samantha caught it with a light spinning rod, 25# line and a 37cent circle hook. Go figure. 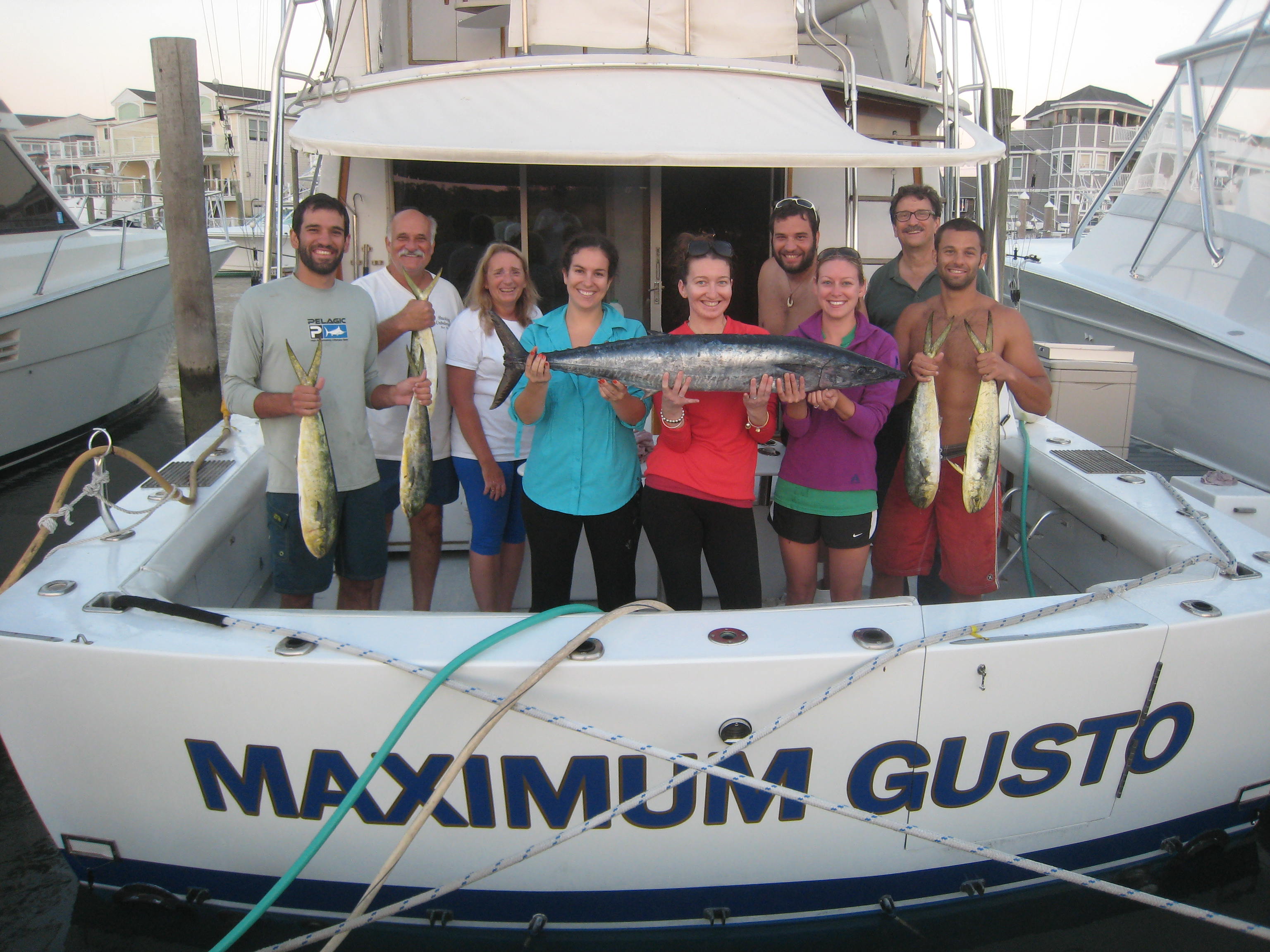