The crew of the Maximum Gusto had a tremendous day out chunking yellowfin tuna this past weekend.  We went 7 for 12 on some bigger yellowfin up to 60 pounds.

The forecast was beautiful, light winds and seas around 2 feet.  We figured everyone would be out chunking since everyone knew where the bite was.  When that happens, fishing is always tough.  When it comes to chunking during the day, light leader is key.  We caught all these fish using 40 lb. fluorocarbon leaders.  Using the light leaders, you inevitably always end up losing fish to broken leaders.

On the trip we brought one of our friends Capt. John Sowerby of the former Hooked Up II (Caveman Sportfishing), now named the Long Shot.  Capt. John has spent a long time tuna fishing for every kind of tuna there is.  With his help and knowledge, we refined our normal chunking setups and set out fishing.

The wave forecast ended up being beautiful, but we had fog most of the way out to the fishing grounds, the entire time fishing and the entire ride in.  On the radar we could see we were surrounded by 100+ boats within 3/4 mile, but we only actually physically saw 3-5 boats.

Fishing was off the charts for us.  We marked bait on the bottom on the way out and we stopped and immediately started chunking.  Within 20 minutes, we had our first bite.  Unfortunately we lost the first fish, but we had the next one on minutes later.  It was non-stop action for 2 hours.  We had the fish in our slick behind the boat.  Several of the crew had back injuries and we could not fish as many lines as we wanted since we were limited in anglers!  None the less, we managed 7 nice yellowfin tuna by 9:00 AM.  We gave it one more hour until 10, then decided we had enough fish and clean up to do once we got in, so we packed it in, pointed the boat west and headed home.  Great day on the water for everyone on board. 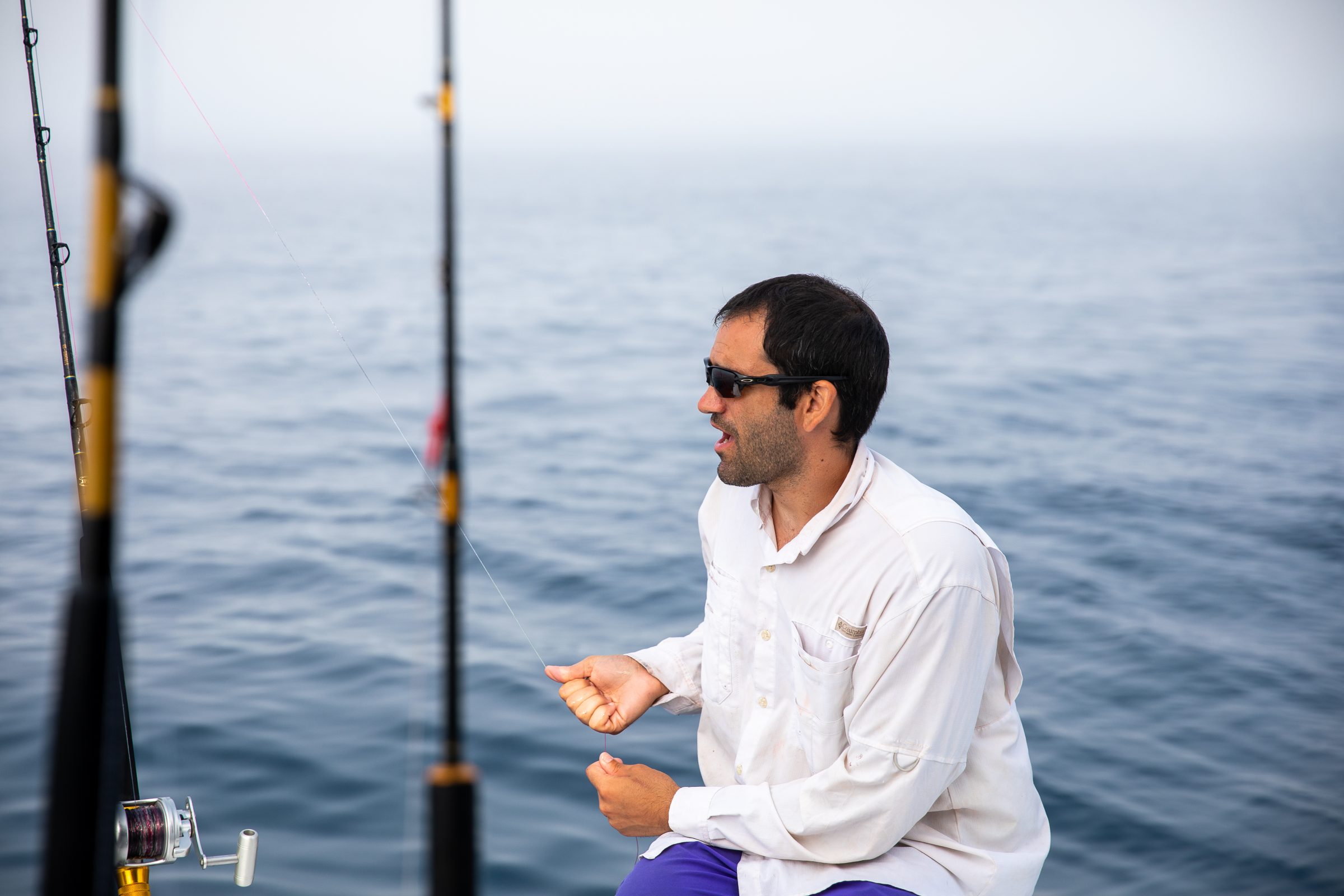 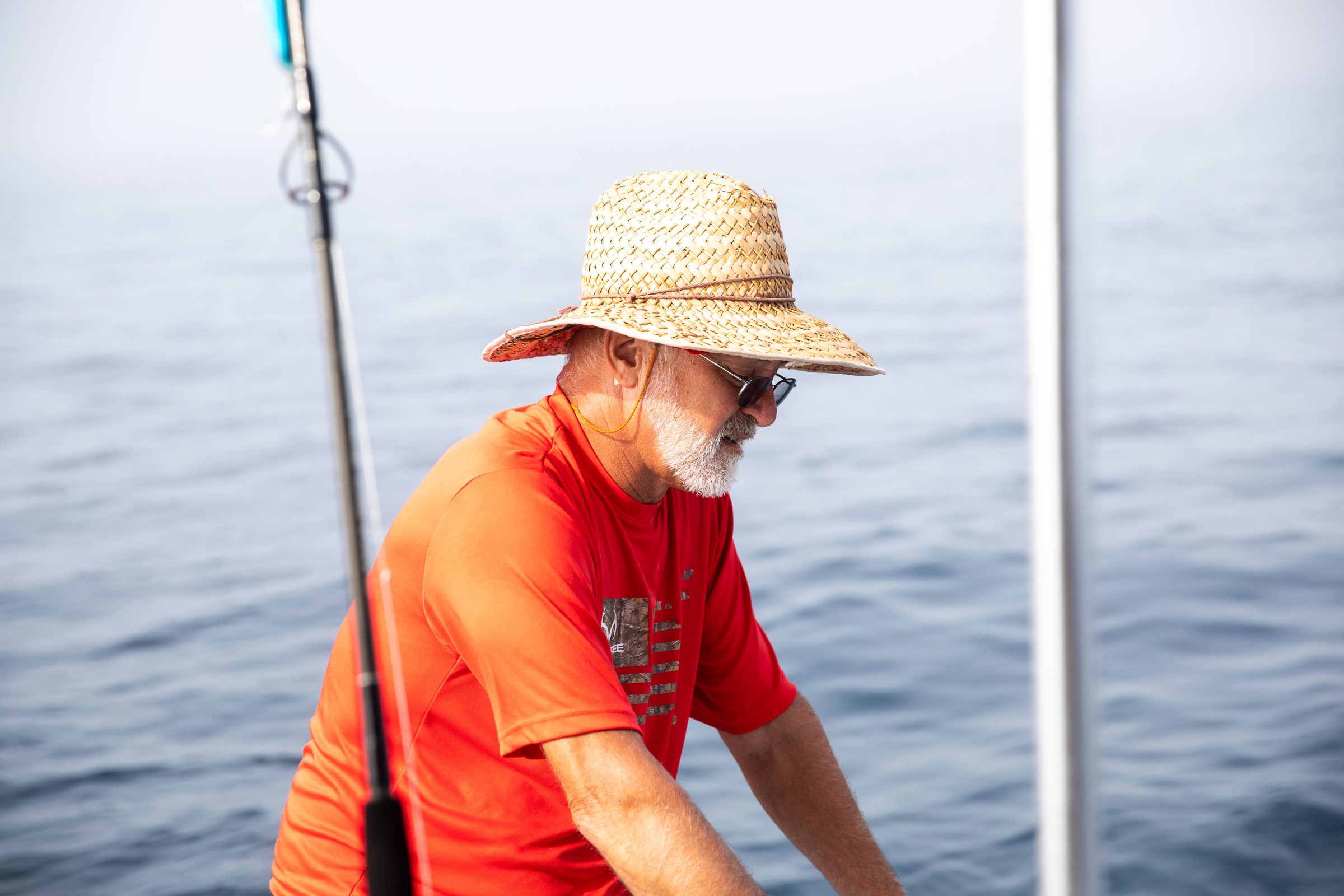 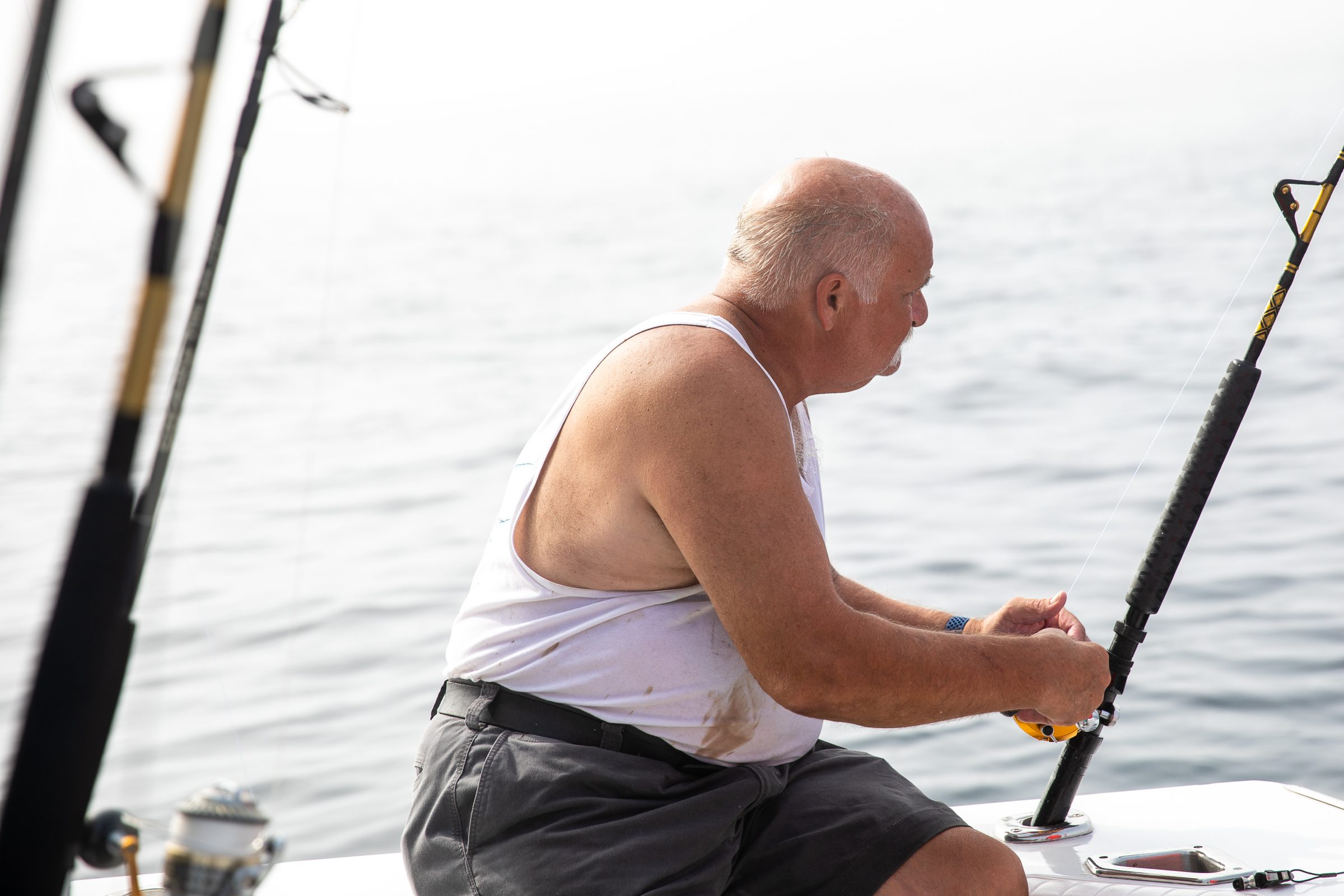 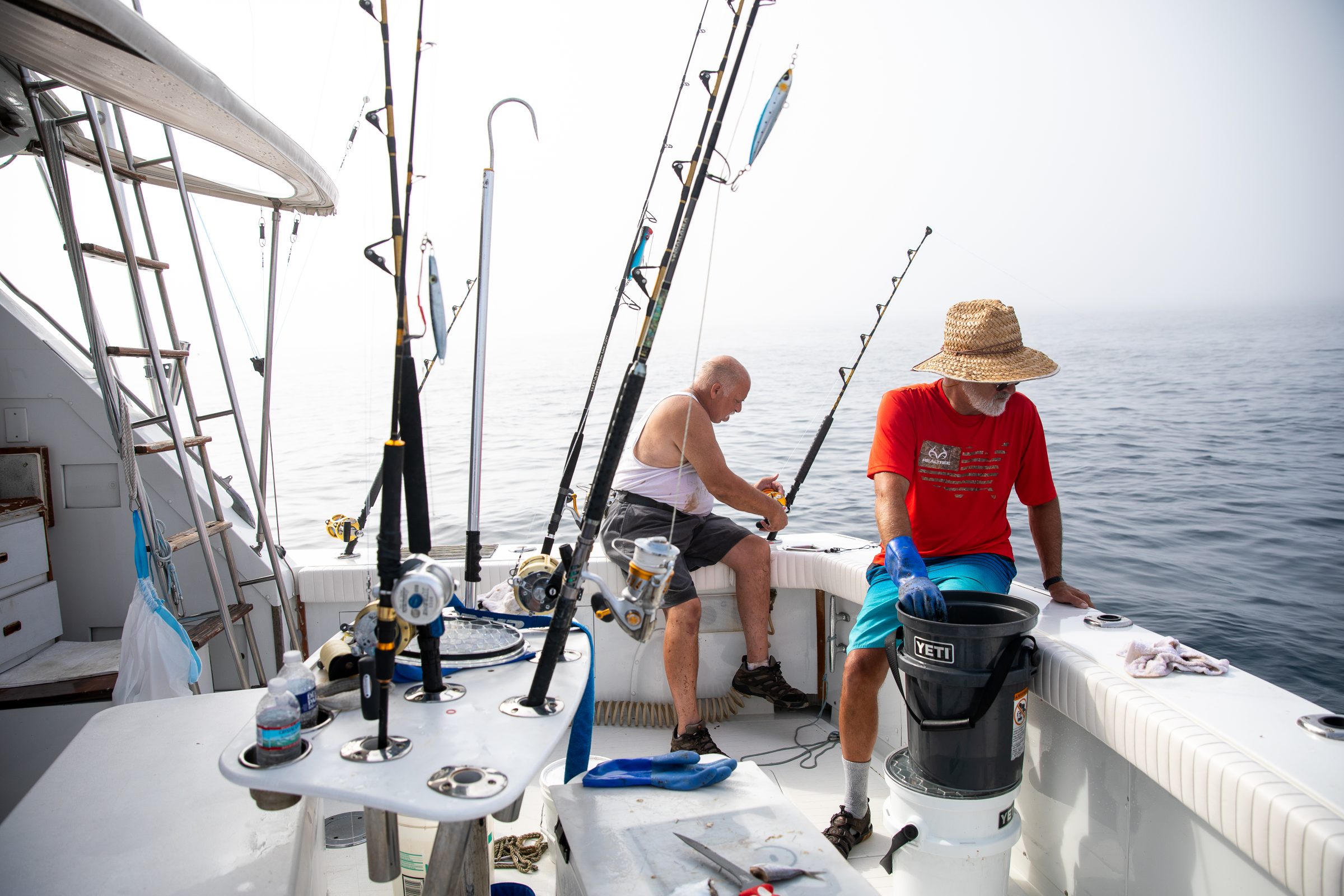 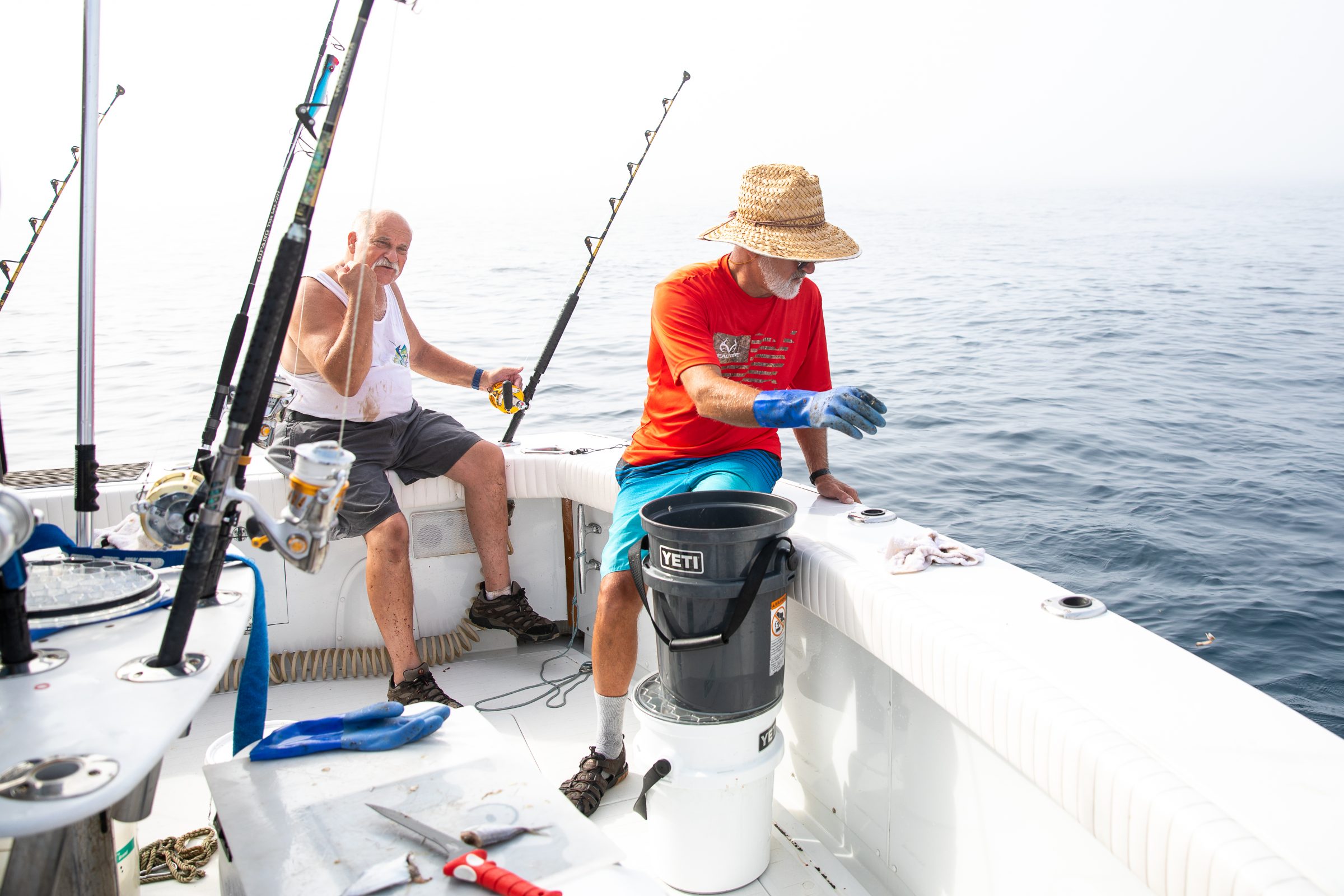 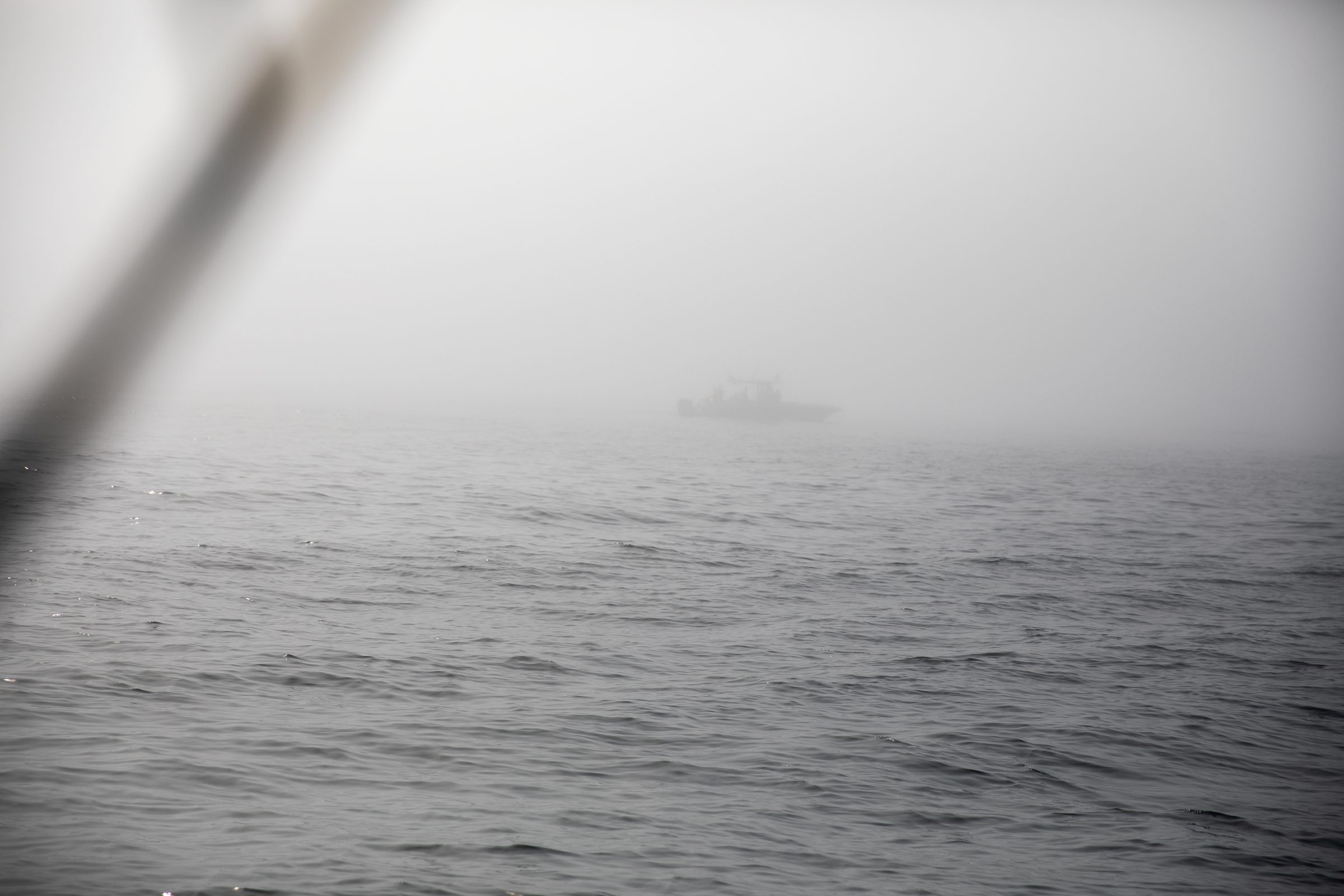 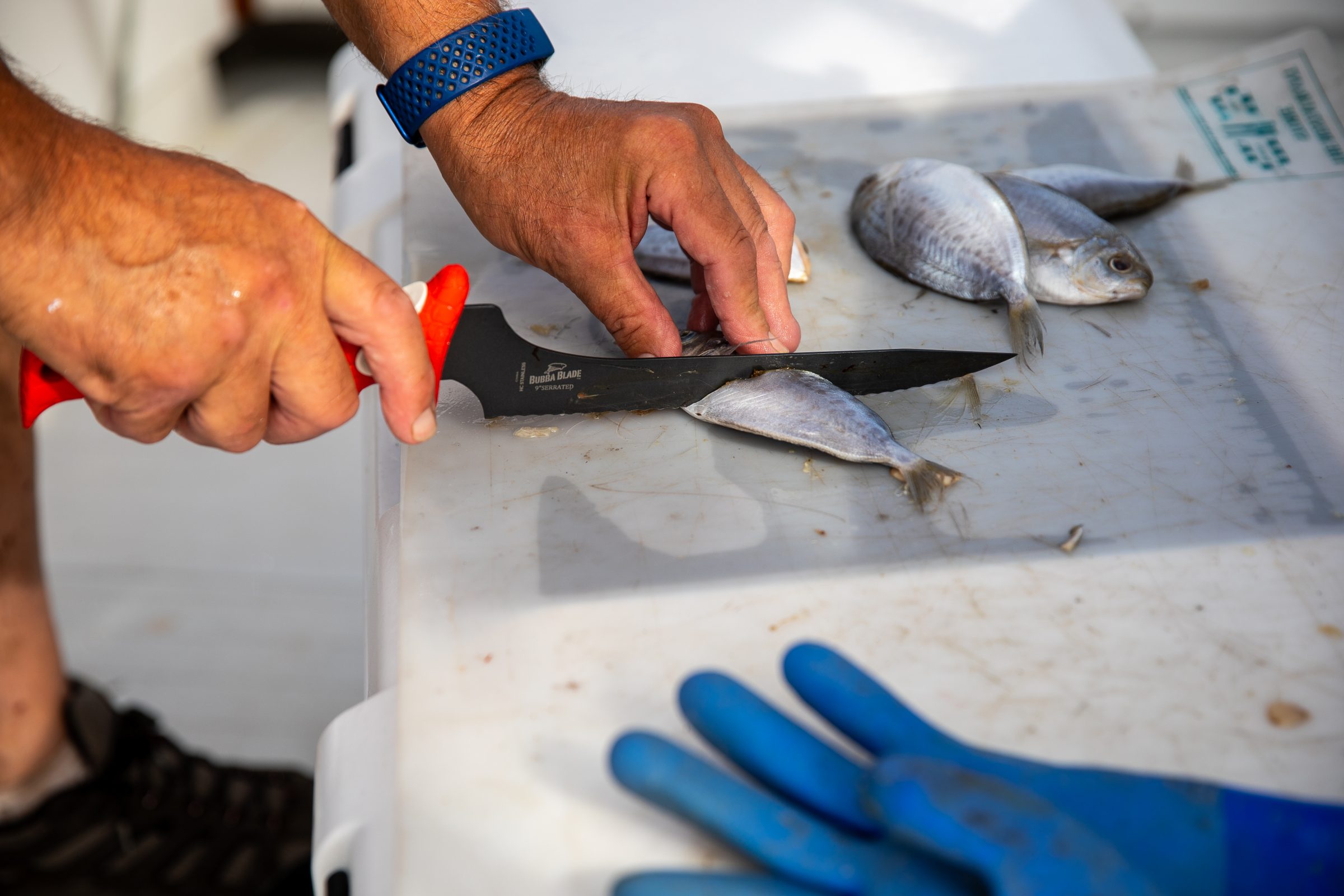 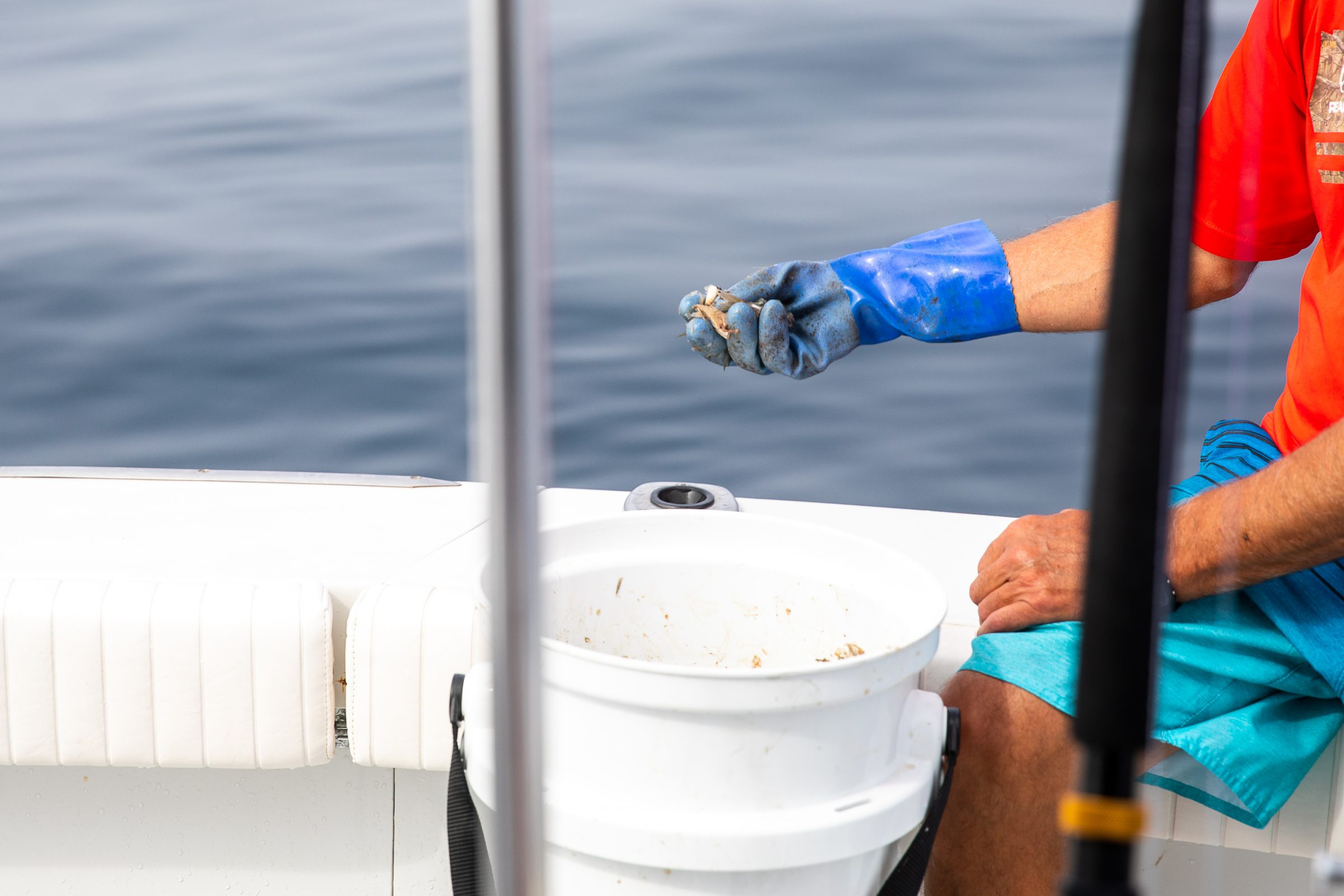 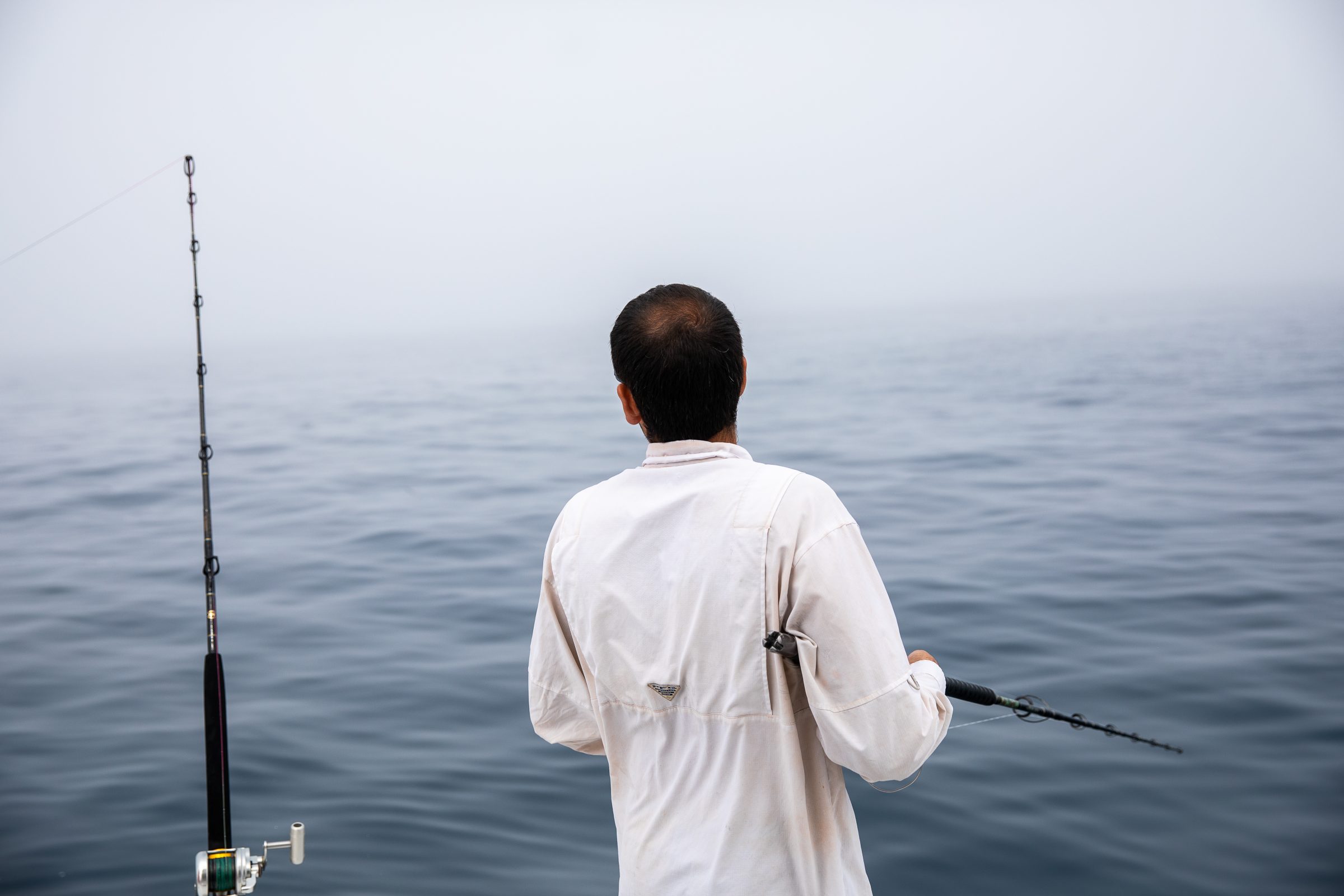 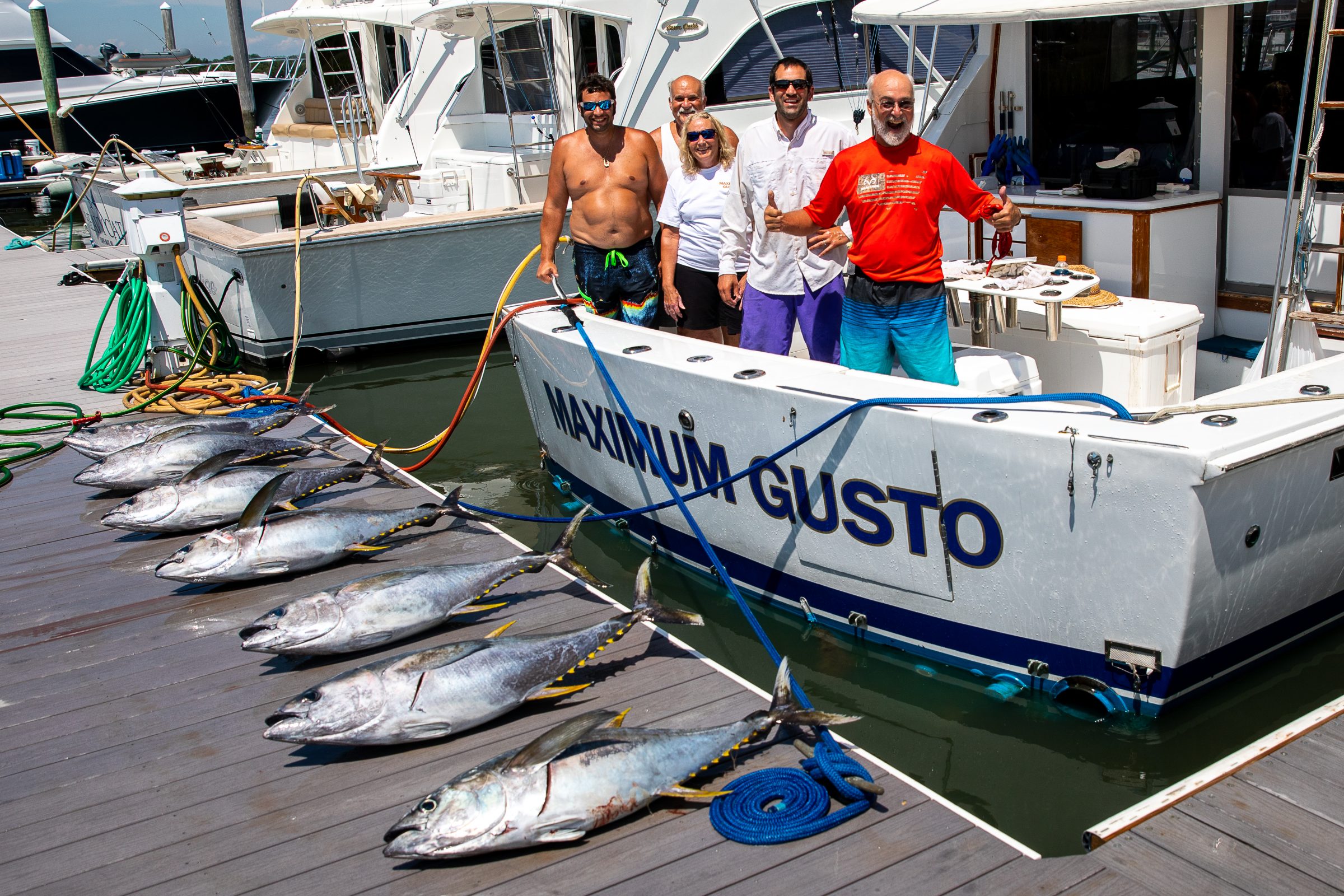 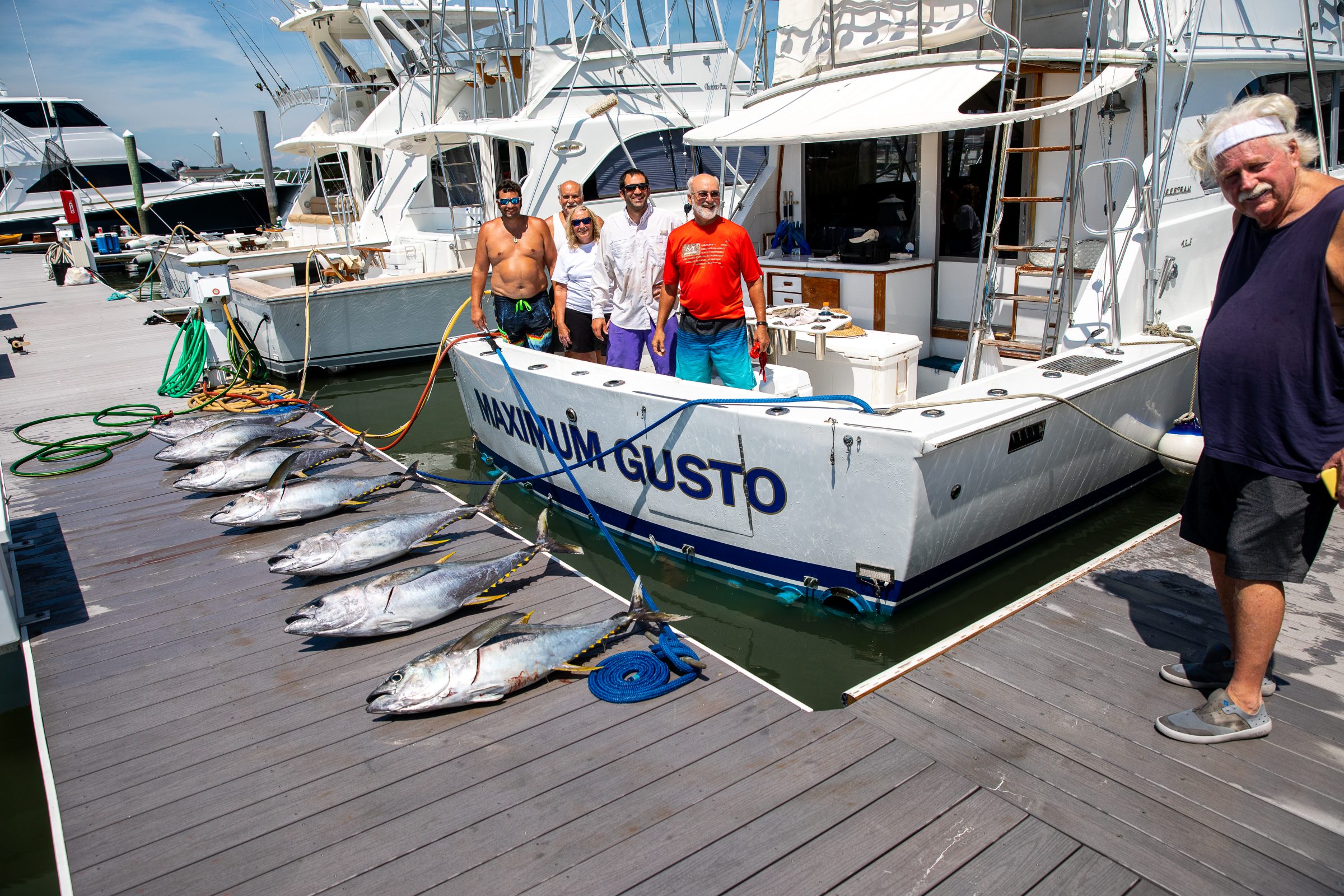