With reports of the tuna moving inshore, we decided to head to the 30-line and do some inshore trolling.  The forecast was good for the morning with the wind picking up and blowing strong in the afternoon.  We had planned to leave dock at 2:00am and figured lines in by 11:30am so we had time to beat the weather.  As it turns out, the weather was much better than they called for and we had smooth sailing heading out.  The wind never picked up, so we stayed a bit later.

There was an incredible amount of life in the area we fished.  50′ wales, two tone dolphins and birds.  All good signs for fish!  Within the first 10 minutes, we had our first yellowfin tuna hooked up.  This was on our wwwb rigger on a red head/crystal hair Joe Shute.  There were plenty of boats around us, and it was a slow pick for most boats trolling.  Later in the day some boats started chunking and jigging and were picking them up on the jig.

Late in the day, we had one more runoff on the same rod as the morning and it took tons of line out.  Unfortunately we pulled the hook early on in the fight and we never saw what it was.

The ride in was nice smooth seas, which ended as a great day on the water. 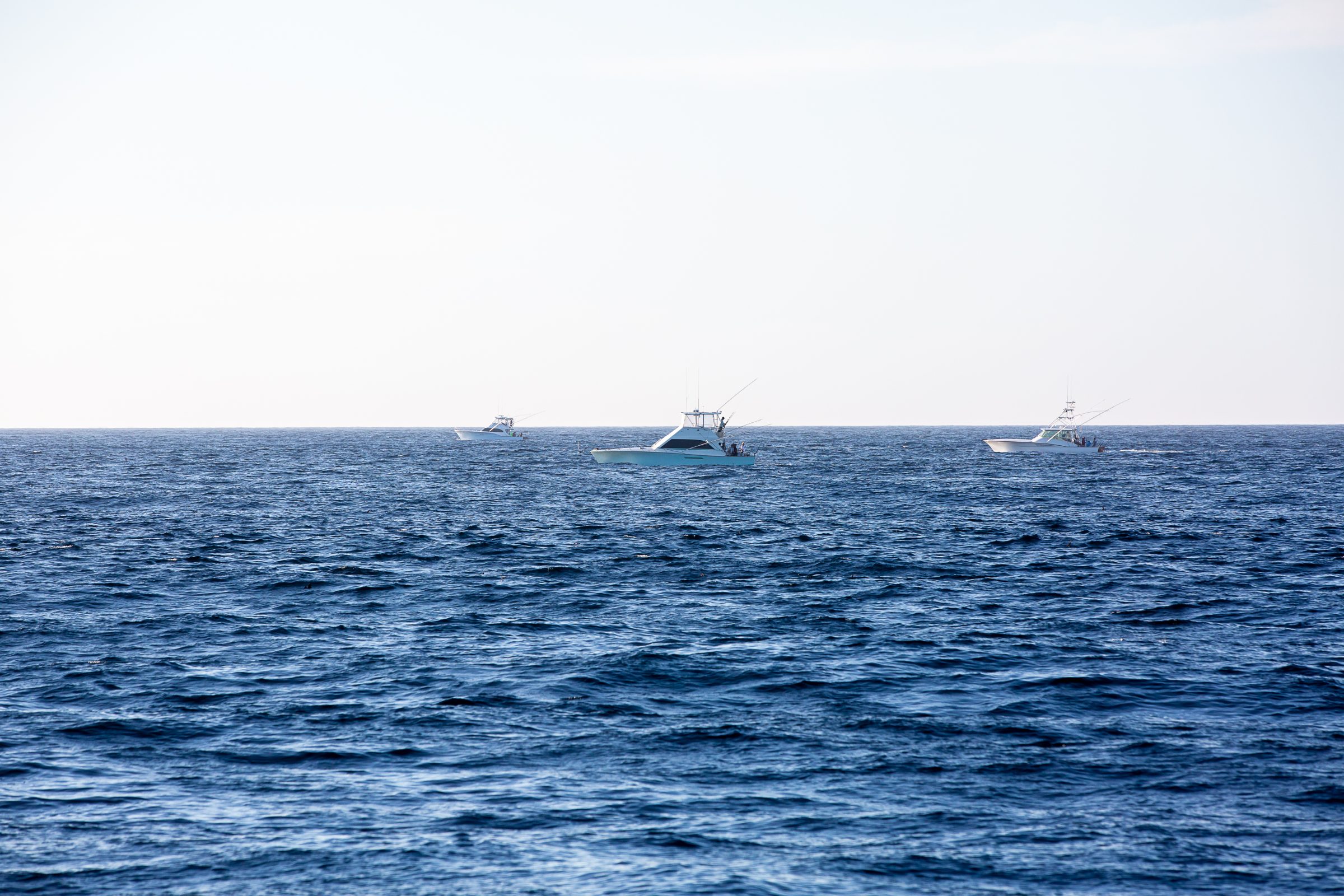 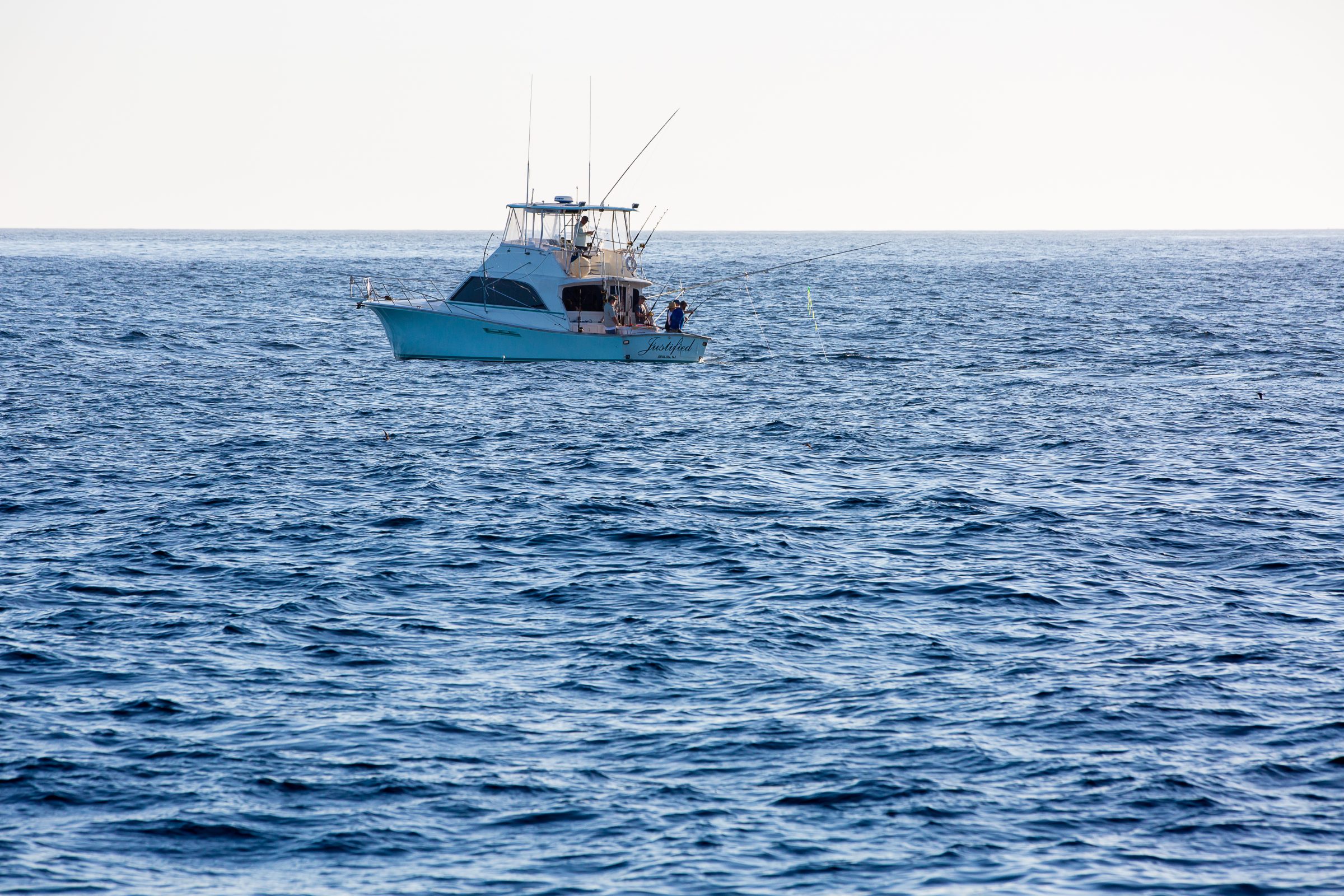 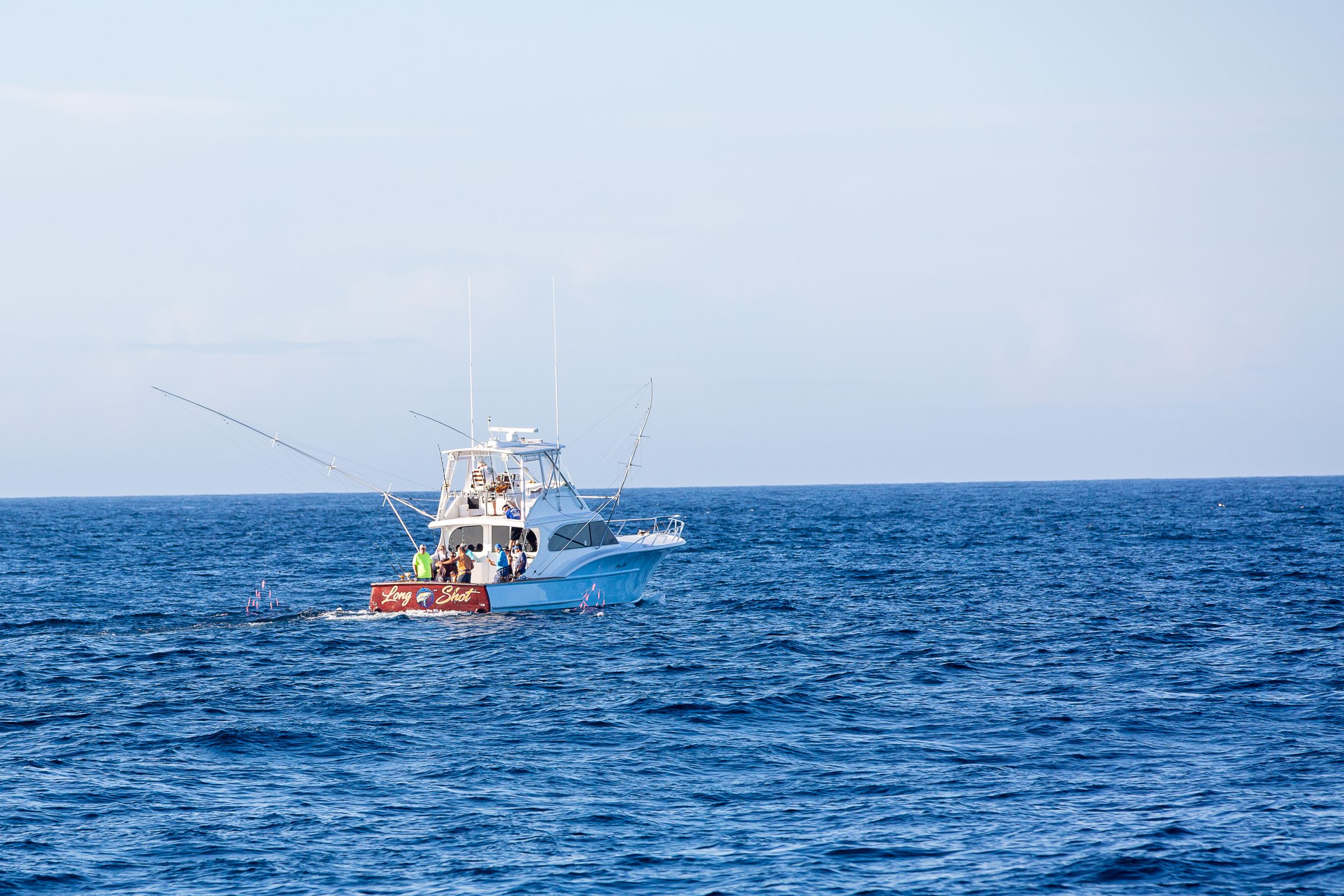 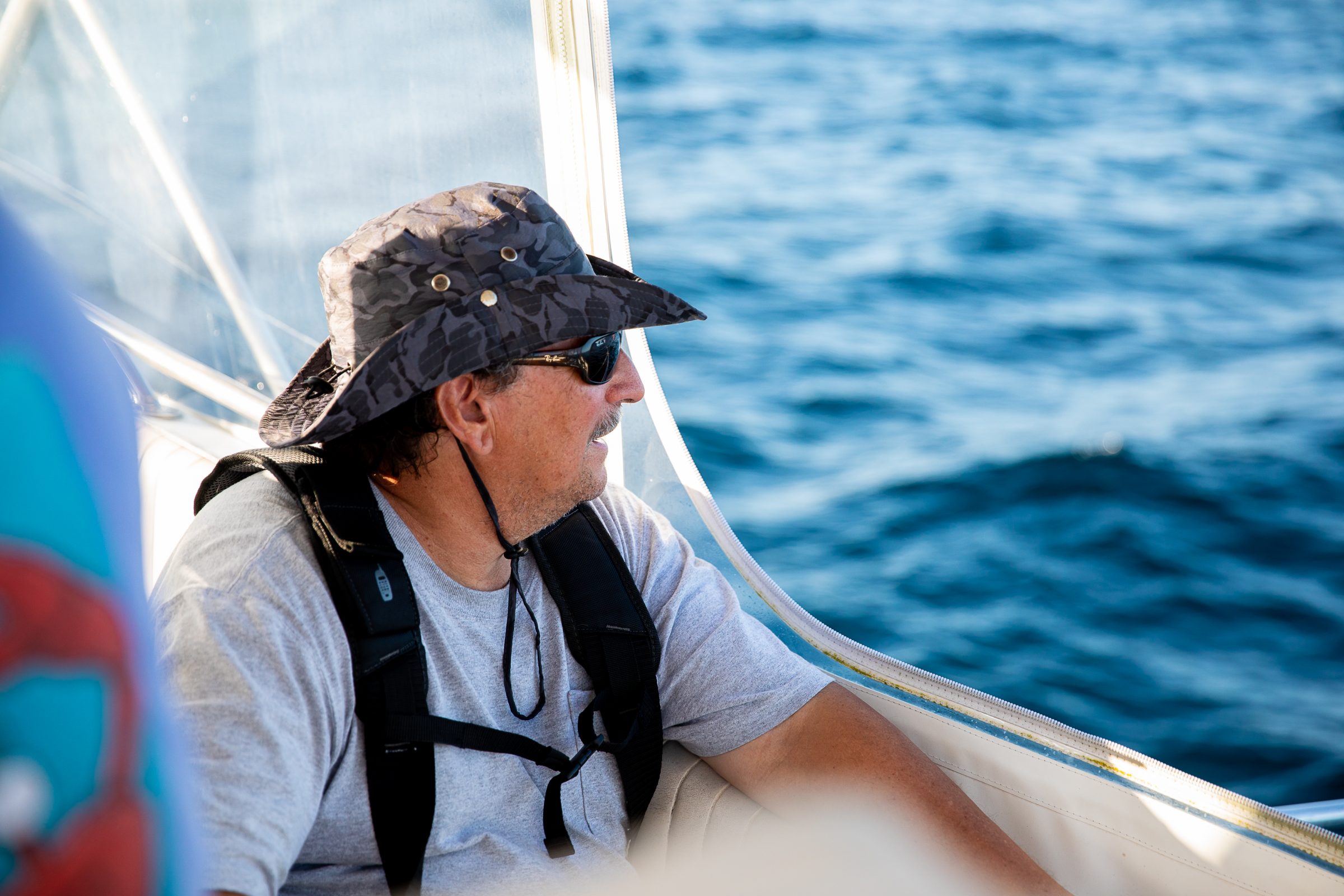 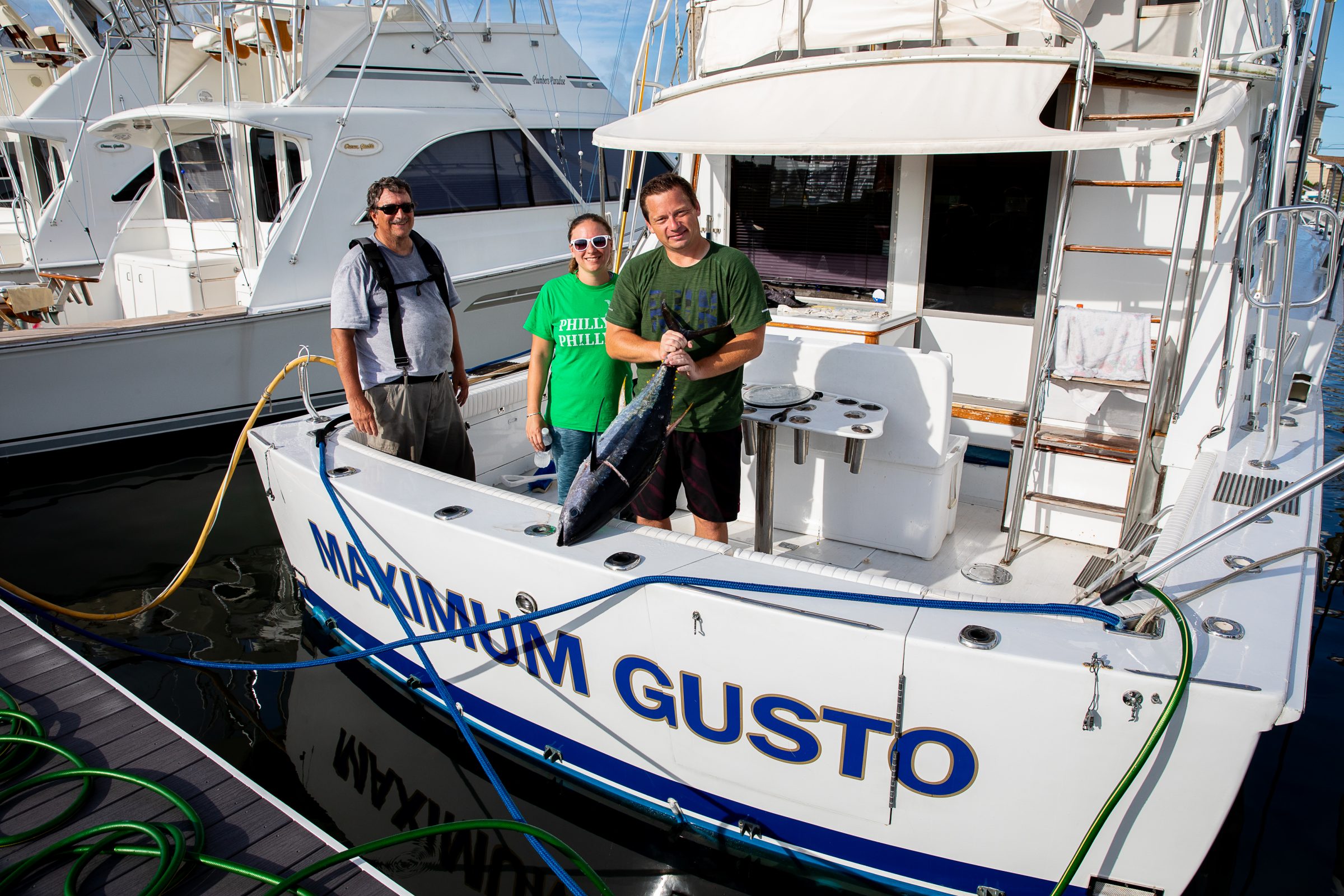 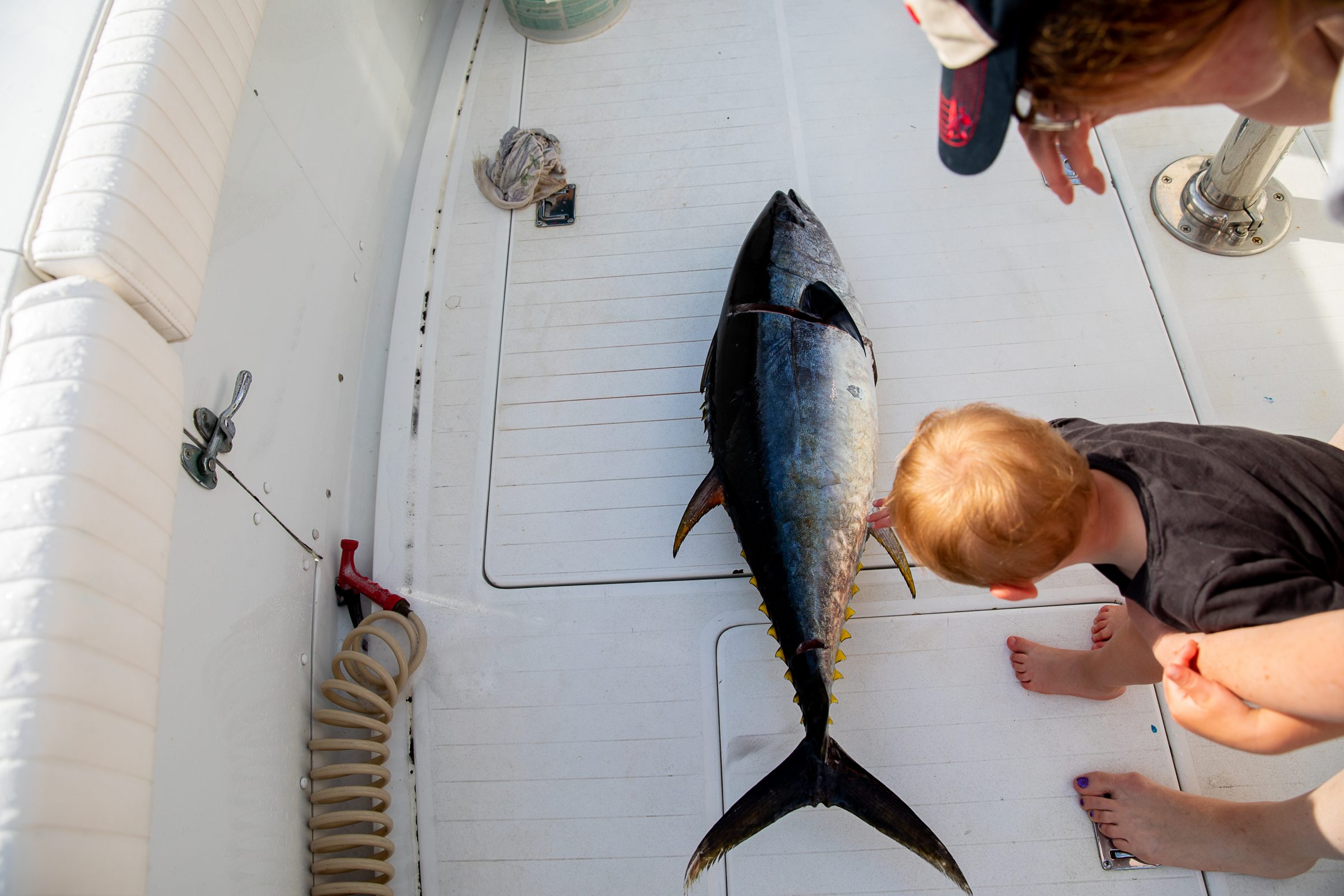 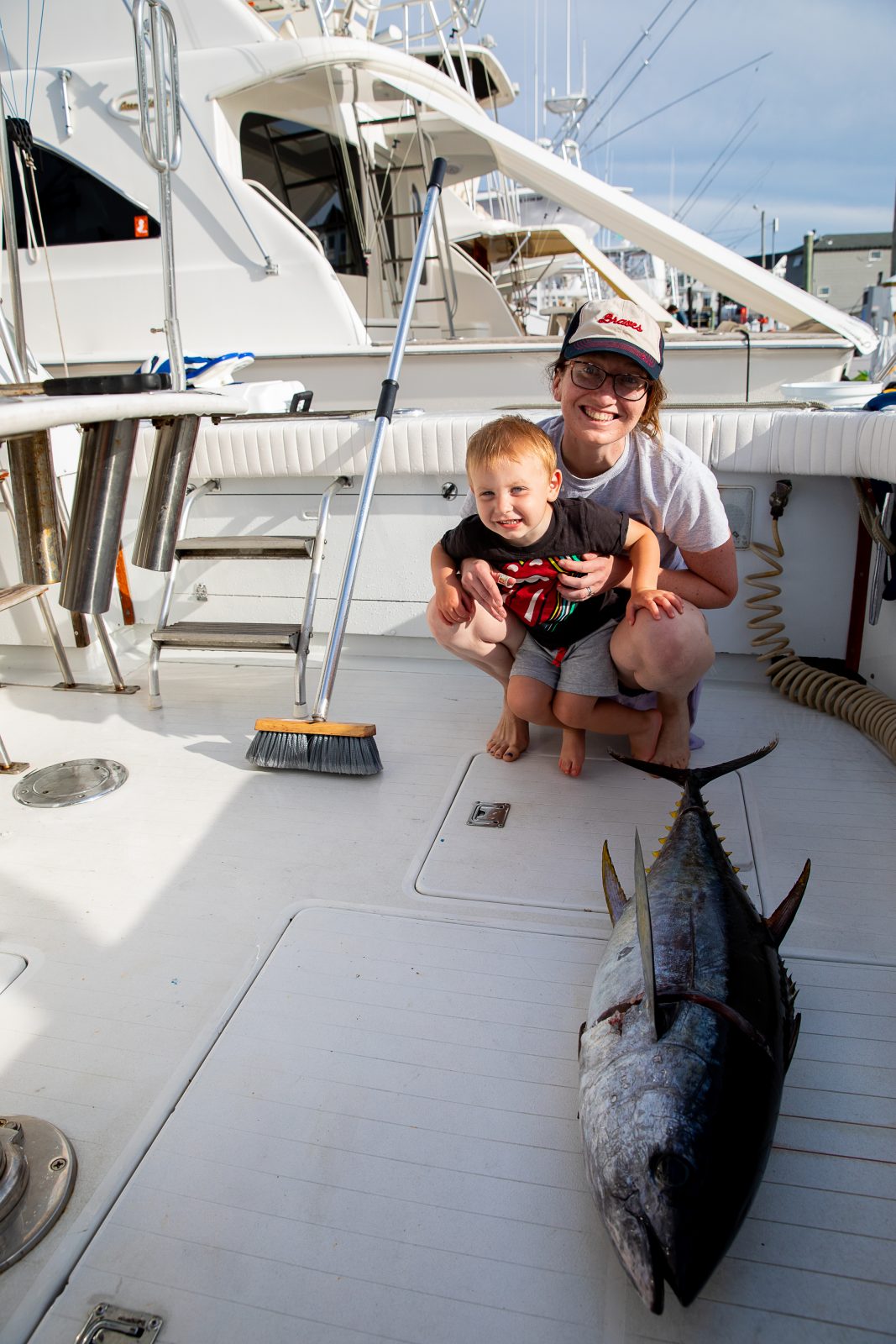